Posted by littlejoeradio on Dec 12, 2016 in Announcements, Misc. | 0 comments 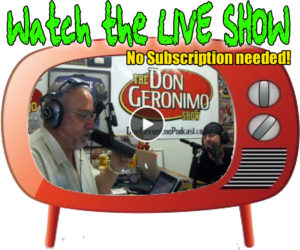 Today on the Don Geronimo show, Don started off by declaring his dislike for John Cena.  Don then recapped his weekend from the Three Stooges who installed his furnace, to the angry people at the place he gave blood, to taking Bishop to see Santa.  Don then told us why he’s upset with Direct TV.  Don asked how exactly the new Amazon shopping worked, especially if you were buying produce.  Don and Little Joe find out if Deuce said “shit” or “shade” on Good Day.  Don annoyed Little Joe with Rick Astley singing the Foo Fighters.  Don gave us his theory on if the Westworld robots poop.  The boys had a phone scan where we find out who the Steve Bryant caller is. 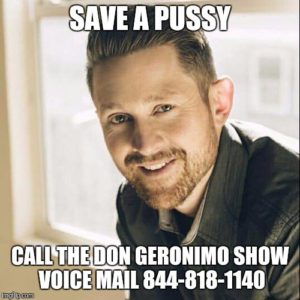 Don had his random stories including Best Buy employees buying a young man a Wii so he would stop playing games in the store and a friend who “accidentally” sawed off his friends penis.  And in honor of Frank Sinatra’s birthday, the boys closed the show with “That’s Life”.