Today’s show starts with some weekend recapping from Don. A loud party til 4am from his neighbors, “the Russians.” Then an 8am start time for a job to install new pool equipment last til almost 8pm, but Don doesn’t mind cause the pool guys are making a lot of noise, and maybe it’s bothering the next door folks. Also Don and Janet saw “Spy”, and Don loved it, gave it four Corn Dogs.
Talk of Big Brother and Ray Donovan, last night on TV.
SAC-RA-MEN-TO is this the worst job ever? At the Sac County Jail? Poop Duty?
Thanks to Gerry from Portland for his My Sharona edit w Pierre Cardona and Phantom!
Masked Tweeter X sends in another call, and then a few more prank calls.
Letterman goes on stage for a Top 10 list about Trump, it’s not too funny.
Kings Things! An especially out there edition. Thanks, Larry!
PHONE SCAN after a busy weekend, and many of the 16 calls were from Nick and Katie in Iowa as they drove cross country. Don could not understand a word she was saying, LIKE THE CHARLIE BROWN TEACHER. They won today’s DGS LobsterBib, win yours tomorrow by calling the 24hr VM line today!

* Camille Cosby speaks, stands by her man
* Chuck D is still a Cosby believer
* More on Letterman’s top 10 list about Donald Trump
* One of Cosby’s alleged mistresses is coming to his defense
* Minions has a huge box office debut, $115 million
* 30th anniversary of Live Aid, and some discussion about Kenny Rogers
* Mexican drug lord “El Chapo” breaks out of max security
* El Nino is coming, bringing rain to California?
* Gas prices up again, over $4 in California
* What are super heroes real identities worth? 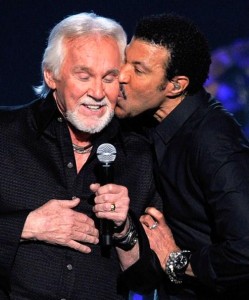